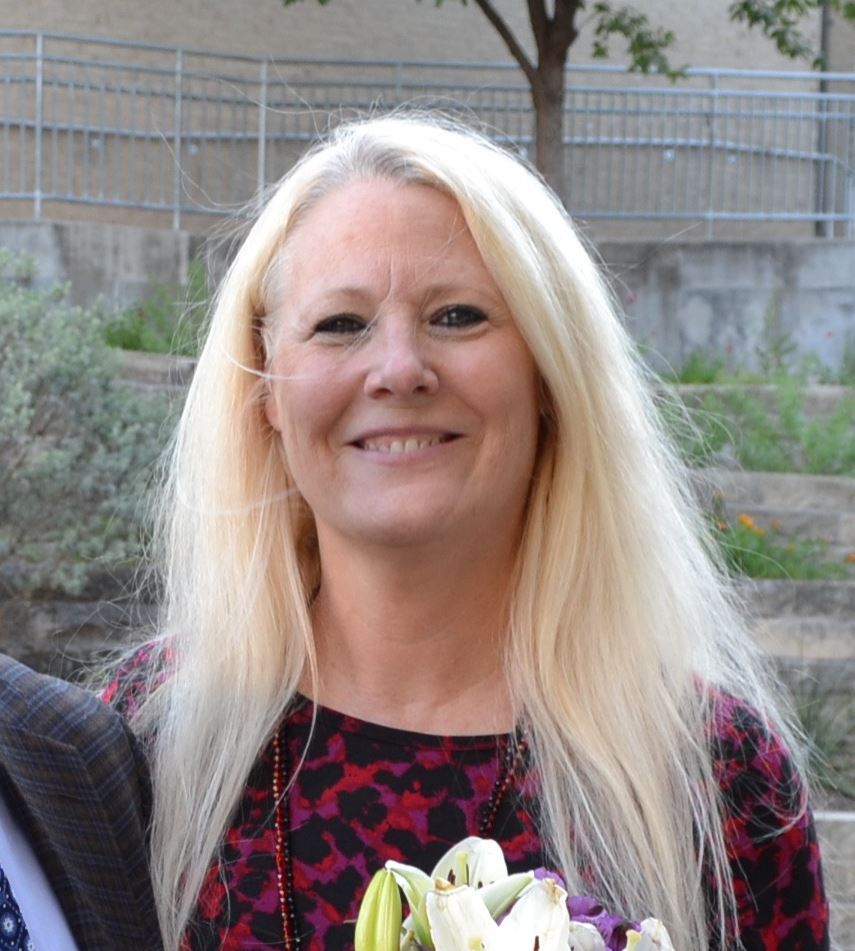 Mellenbruch is in her 27th year teaching English at Westlake High School, which includes her student teaching completed at WHS. She is described as an inspirational and popular teacher, as shown by her six Golden Apple awards, which are voted on by students. Kitty is also known as an incredible mentor to new teachers.

It is her approach to this academic year that inspired her colleagues to nominate her for Educator of the Year at the campus level. This year, Kitty is working with a new pedagogy, embracing new teaching methods with professionalism and a willingness to learn. Her focus has been to create activities that best fit her students' needs and not rely on what has always been done. Kitty challenges students to write and express their understandings at the highest levels while nurturing them as 14 and 15 year olds. Kitty was doing wonders with Social Emotional Learning before the term had been created.

The committee was impressed by Kitty's desire and ability to make connections with students to build relationships. She also showed the importance of teacher growth as she has become more of a risk taker with technology after self-admittedly being somewhat of a reluctant adopter.

Barton Creek Elementary – Caroline Kelner, Life Skills Teacher
Caroline Kelner has 10 years of teaching under her belt, with five in Eanes ISD. Currently she is a Life Skills teacher at Barton Creek Elementary. Previously, she worked as an Inclusion teacher in Chicago and also worked with autism students before moving to Texas and finding her way to BCE.

Cedar Creek Elementary School – Allison Eicke, Campus Support Specialist
Allison Eicke has 11 years of teaching under her belt, wrapping up her ninth year at Cedar Creek. She serves as the Campus Support Specialist, working with dyslexic students on how to decode and encode words at their specific reading level. She has also taught first grade at CCE.