Eanes ISD offers exceptional Fine Arts programs at all grade levels and campuses. As a crucial component of the District’s Graduate Profile, participation in fine arts programs fosters a well-rounded experience that provides our students a broad range of engagement, develops critical thinking skills, and promotes teamwork, leadership and responsibility.

Thanks to all the administrators, teachers, students, parents and community members for their support of music education! Eanes ISD has been honored with the Best Communities for Music Education designation from The NAMM Foundation for its outstanding commitment to music education.

On November 8th & 9th, the Westlake Chaparral Marching Band competed at the UIL 6A State Marching Band Contest at the Alamodome in San Antonio. Out of the 38 bands that qualified for State, the Chap Band was one of 12 selected to perform in the Finals Competition. After placing 11th in the preliminary performance, they moved up one spot and placed 10th in the Finals, earning recognition as being in the top 4% of Texas bands! 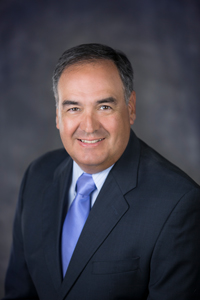 Kerry Taylor, Director of Fine Arts, has been part of the Eanes ISD Fine Arts for 34 years. He also serves as the Department Chairman for Westlake High School Fine and Performing Arts and as Director of Bands for Westlake High School and Eanes ISD. Mr. Taylor has been a fine arts educator in the Texas public schools for over 39 years including five years in Katy ISD and over 32 in Eanes ISD. He holds a Bachelor of Music Education degree and a Master of Music degree in Applied Conducting, both from the University of Texas at Austin.

The Chaparral Band has received the John Philip Sousa Foundation’s “Sudler Flag of Honor” for excellence in concert bands and the “Sudler Shield” for excellence in marching bands. In 2017, the Westlake Band program was recognized by the international band fraternity, Phi Beta Mu, as an inaugural recipient of the “Program of Distinction.”

He and his wife Valerie, a long-time EISD educator and current PhD candidate in Curriculum and Instruction at the University of Texas, are the proud parents of two sons; Brian, a Doctor of Musical Arts candidate at Michigan State University and Sean, a recent graduate of the University of Dallas.